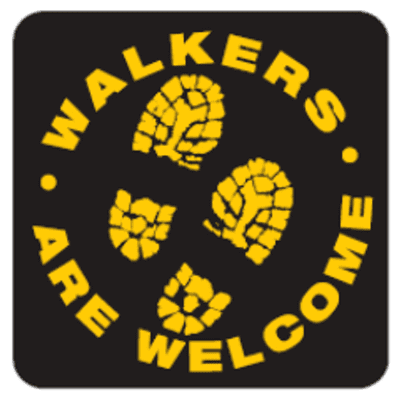 Walkers Are Welcome is a nationwide initiative launched in 2007 to be ‘welcoming to walkers’ in various towns across the UK. Leominster joined in 2013. The local economy benefits as walkers, visitors and residents, will use local cafes, pubs, hotels and other businesses.

The Walkers Are Welcome Website is a fantastic source for all the news, events and information.

Leominster Walkers Are Welcome (WaW) is a team of volunteers representing different local walking and interest groups which seeks to promote walking in the local vicinity to residents and visitors, and to help look after our local footpaths.

They encourage walkers to benefit from the open air, the natural environment and to learn something about local history and culture. We want to encourage families, children and young people, and those who are less able by improving access to our footpaths, though replacing stiles with gates and providing better surfaces where possible. We would like to engage with young people and to train and support those who are interested in becoming walks leaders. WaW Leominster is now relaunching after 2 years of little activity due to Covid restrictions, and we welcome any groups or individuals who would like to join us and support our objectives.

Keep up to date with all the latest news and events from the Leominster Walkers are Welcome group on their Facebook page. 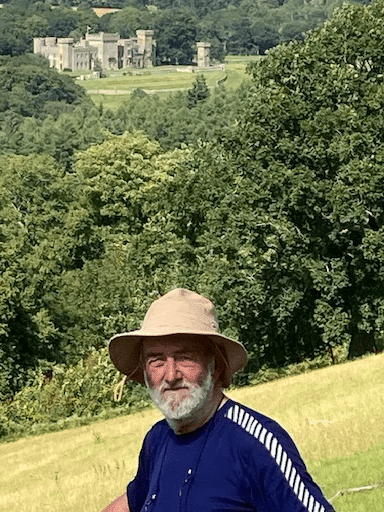 WAW member seeks action to save the ‘at risk’ Herefordshire Trail

A member of the Walkers Are Welcome Leominster Group has played a leading role in the launch of a rescue and promotion plan for the neglected Herefordshire Trail. Pete Blench feared the trail, parts of which were in very poor condition, risked losing its status as a recognised Long Distance Footpath.

Donning a backpack and setting off directly from his Leominster home, the former journalist walked the 154-mile circular trail in sections ‘as a tourist’ staying at pubs and B&Bs, compiling a report for Herefordshire Council.

Pete described his journey in daily posts on social media and wrote a report for Herefordshire Council on access problems, making the case for the trail’s tourism potential. He is now working closely with the tourism body, Visit Herefordshire. A trail upgrade and major promotion is planned.

“Fortunately, I was able to ‘get the ear’ of cabinet members on Herefordshire Council, those responsible for trade/tourism and highways/rights-of-way portfolios,” said Pete. “As a result they took part in a meeting with PROW and tourism officials, local Ramblers group members and myself. I was asked to kick off the meeting with an ‘overview’ of the Herefordshire Trail. I am delighted with the plan for action.

“This wonderful trail was devised 17 years ago by al group from the local Ramblers, but it was never fully-embraced by the county council which was coping with a backlog of path problems and was unable to give special attention to the trail. Herefordshire Council also has a major stretch of the Wye Valley Walk on its patch which it prioritised.

“But times change. The fact that the trail is exclusively Herefordshire and includes all the market towns on route is now seen as a plus for tourism and the economy.

“The council agrees that it’s something we should be promoting big-time – but there is a lot of work to be done. I struggled on some overgrown parts which were impassable or near-impassable due, for example, to growth of head-high bracken which weaves into an impenetrable mass in the wind and rain. I highlighted these blackspots in my report.

“There were other issues such as dangerous footbridges, broken stiles and poor waymarking on some sections. Problems in that category were meticulously recorded in a report compiled in the same period by Duncan Smart of Hereford Ramblers and has also been taken on board by the council.”

Pete added: “As a Walkers Are Welcome local group member, my focus has been on walking tourism and seeking a much-needed uplift for local businesses. I thoroughly enjoyed playing the part of ‘tourist’ in my own county – meeting the people serving the drinks and meals and providing the visitor accommodation. They were really encouraging about my ‘mission’ to promote the Herefordshire Trail and so helpful.”